People take vitamin supplements for all kinds of reasons, from maintaining general health to preventing cancer. But there’s no convincing evidence that vitamin supplementation benefits people who don’t actually have a vitamin deficiency.

For starters, clinical trials of large numbers of people in multiple locations and contexts show vitamin supplements don’t prevent cancer. Rather, there’s emerging evidence (as yet only in mouse models) that some vitamin supplements may actually slightly increase the risk of some cancers.

Still, the appeal of vitamin supplementation in the community seems to be greater than ever. And in an era where conventional therapies are being subjected to increasingly more strenuous tests of efficacy, toxicity and cost-effectiveness, the vitamin industry remains outside the mainstream of therapeutic evaluation.

One cause for this mismatch may be the political and financial influence of the vitamin supplements industry. But it’s also worth considering why western society has so enthusiastically embraced dietary supplements, nutriceuticals and complementary medicine.

Vitamin supplements appeal to an ever-increasing number of people based on what may appear to be common-sense ideas. But most people completely misunderstand the nature of vitamins and how our bodies absorb them.

Here are some common myths about vitamins and why they’re wrong.

Put simply, if less is bad, that doesn’t mean more is good. Take profound vitamin A deficiency, which can cause abnormal cell growth in the lining of the mouth and food pipe (oesophagus). There’s no evidence that vitamin A supplements prevent such abnormalities in those at risk, such as smokers and heavy drinkers.

Now consider people who have severe vitamin B12 deficiency due to a condition called pernicious anaemia. They are at increased risk of stomach cancer but this has nothing to do with the vitamin itself. These people have an autoimmune disorder that causes inflammation and cancer in the stomach at the same time as it blocks vitamin B12 uptake in the gut.

For starters, vitamin deficiency in someone who has a normal balanced diet is extremely rare.

The current trend towards vitamin D supplementation is largely based on the idea that blood levels of the vitamin are below the “normal” range. But whether blood levels accurately reflect total body vitamin D stores in body is still contentious.

Actually, this one is correct on the whole. But there are always extreme cases where an excess of vitamins can cause harm, such as toxicity due to the excess intake of vitamin A, particularly in children.

And when vitamins harm, they can go to town. Manifestations of vitamin A toxicity include abnormal bone growth, swelling of the brain, increases in blood calcium concentrations, hair loss, and liver damage.

First of all, it’s important to remember that natural doesn’t mean good for you. Consider the taxane family of chemotherapeutics used for treating breast cancer. Taxanes are naturally-occurring molecules extracted from the bark of the pacific yew tree that are able to kill rapidly dividing cancer cells. But they also have potentially life-threatening side effects, such as bone marrow suppression. Nonetheless, taxanes are 100% natural.

Producing supplements requires a combination of purification from natural sources or chemical synthesis – or both – in the same way as many commonly used pharmaceuticals.

Penicillin, for instance, was initially purified from a fungus with natural antibacterial activity. With the exception of an allergy and rare cases of anaphylaxis, penicillin is an extremely safe natural compound, but it’s very much a drug.

We ingest vitamins from food, or get our gut bacteria to make them for us and then absorb them. In some cases, we make our own in the liver. Either way, we constantly replenish our vitamin stores without realising it.

No one really knows whether taking large amounts of vitamins in tablet form is even the best way delivering them to the body. And even if we choose to accept that vitamin supplements largely are safe but have marginal benefit, they still have an economic cost.

If they were regulated as therapeutic products, vitamins would certainly not receive government subsidies since there’s no evidence they work, or that they are cost-effective.

Since people pay for supplements themselves, it’s important they re-evaluate whether the cost of vitamins is really worth it. Based on all the available evidence, a healthy diet and lots of exercise are a much better way to promote good health. 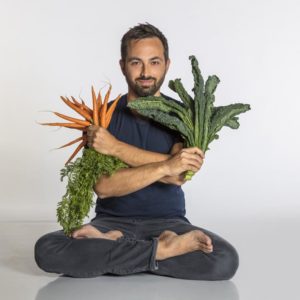 We know that vitamins are essential for our health and we’ve heard we can... 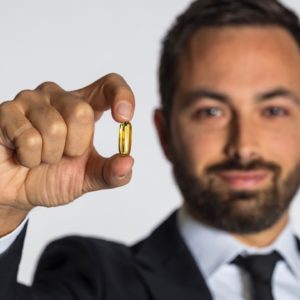 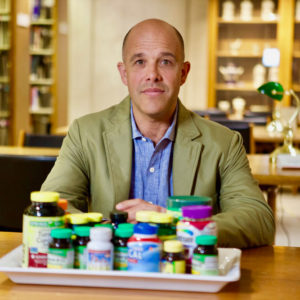 In 2015 the New England Journal of Medicine published a landmark study by CDC...